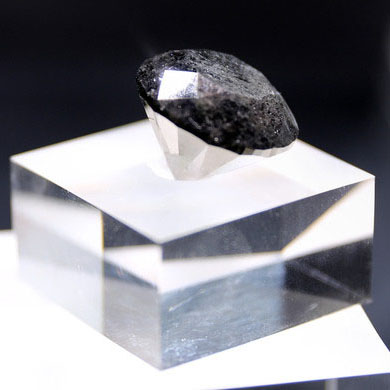 Shanghai Customs announced on October 26 that an 88-carat super diamond coming from Paris, France to Shanghai to host the third China International Import Expo has completed the declaration and clearance procedures on the same day and will soon borrow the Expo stage to meet Chinese consumers.

This 88-carat black diamond with 57 facets was originally owned by the Karlov family in medieval Europe and named after the noble family name. It was listed as one of the world’s five top black diamonds and later became the French Carlov jewelry brand The treasures of the world have rarely been published publicly. It is now estimated at 37 million US dollars.

It has accumulated a strong customer base in Europe and America. For more than a decade, we have been designing, manufacturing and exporting a wide range of different types of stainless steel, titanium, tungsten, silver and gold inlays, diamond inlays.