According to a report by Agence France-Presse on March 25, a giant white diamond weighing 228.31 carats was exhibited for the first time in Dubai. This will be the largest white diamond ever auctioned, and the auction price is expected to exceed 200 million yuan. 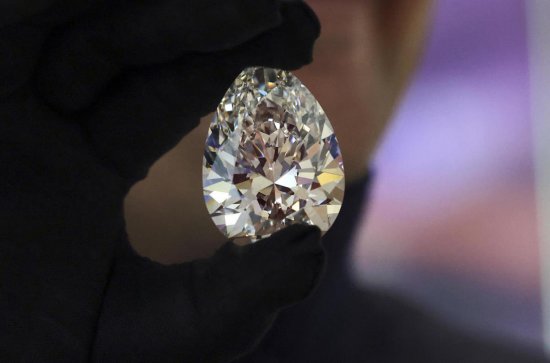 The auction house Christie's said that the pear-shaped white diamond, named "The Rock", was first mined and polished in South Africa more than 20 years ago. It is currently the largest white diamond for auction, and the auction price is expected to be as high as 30 million. US dollars, about 200 million yuan.

Christie's said in a statement that the white diamond was rated by the Gemological Institute of America as "the largest D-Z color pear-shaped diamond available."

"The Rock" debuted in Dubai on March 25 and will be on display until March 29. It will then travel to Taipei, New York and Geneva, where it will be auctioned on May 11.

"The Middle East has always had a huge appreciation for important jewelry. It's a good thing for us to have this diamond in a region where there are so many gem collectors," said Christie's International Head of Jewelry.